When your child’s personal agenda does not match your own, it can be challenging. This is a daily (sometimes hourly) challenge that we all have to face, regardless of parenting style. It becomes even more difficult to stay true to yourself, and not allow the perceived judgements of others to influence our actions, when these moments happen in public, and even worse when they happen in front of other parents (gasp!). Because although we are all facing similar challenges, in the moment when your child won’t leave the playground, you feel as though your child is the only one who does not listen to their parents.

Trying to leave the park, without causing a complete meltdown, became a frequent battle for us. I felt anxiety about going to the park, as I knew it would likely take me hours to get my son to come home and I would probably have to carry him home, kicking and screaming. I tried warning, I tried fun games, I tried reasoning, I tried singing, I tried rewards, I tried incentives, I tried consequences, I tried yelling, I tried walking away from him. Nothing worked. I ended up going to parks that I could drive to and park close, so that if I had to drag him out, I would not have far to go. This was not the parent I wanted to be. I felt awful and knew there had to be a better way. I love being outside and going to the park, especially walking there. I had looked forward to taking my children to the park my whole life, now it was one of the things I dreaded most.

One day I was watching him on the jungle gym, trying to plot my escape, when suddenly it dawned on me, how can I make him feel in control? I decided to change my script. Instead of telling him “five more minutes until we have to go” I asked him “how many more minutes do you need?” He looks at me and says “five minutes.” I think, ok, no big deal, but then about five minutes’ passes and I go up to him and say “It’s been five minutes, time to go.” He says “ok,” jumps off the jungle gym and takes my hand and walks home. Shocked does not begin to describe what I was feeling. I tried it again the next time and it worked again. I had discovered some sort of parenting secret. I now look back at the other parents as they battle their children to leave, as I walk off hand-in-hand with mine.

See all my park battles and hysterical walks-of-shame home had diminished my belief in myself and my confidence as a parent. I forgot that I was the expert on my child. I had to look past my feelings of frustration and embarrassment and ask myself, what does he need, in this moment, to motivate himself to leave? For my child, I realized he needed to feel in control. He needed to leave on his own terms and no incentive or reward was going to replace the feeling he gets from making his own choices. For my child, that is his currency. You cannot expect your young child to obey your commands (self-regulation). It is up to the adult to protect the young child from harm, while still supporting their need for exploration. I find, the more control children feel they have over their world, the less control they will try to have over every little thing. An often-effective way to lessen toddler power struggles and tantrums is to allow them to “win” when possible. What does it matter if they want the red cup or to wear two different socks?

What about when it’s not perfect? Even though this strategy has helped immensely, there are still days when we struggle to leave the park. I try to come from a place of empathy. The researchers at Zero to Three recommend modelling empathy as a means to teaching empathy. The other day my son took an hour to willingly leave the park because he was waiting for a friend who did not end up coming. I really felt for him so it was not actually that hard to wait, even though I knew the friend was likely not coming. He finally left after being promised a picnic supper. He seemed fine and happy with the end result. I gave him time to process his feelings of disappointment and then gave him something to look forward to.

What if you have more than one child with different needs? Each scenario requires empathy and understanding of all parties. Always return to empathy, try to help one child empathize with the other. If my younger child is getting fussy, or too hot or bored because he wants to play but is too young for the playground. I try to talk to my older son about how the baby must feel. It takes a lot of talking as he is still very egocentric (Piaget’s Preoperational Stage) but he loves his brother and eventually will usually opt for empathy. I will also do my part and try and meet the baby’s needs, the best I can, while waiting for my older son to be ready. I can nurse him, take him for a walk, lie on the grass with him, put him in the swing, change his diaper or find something for him to play with.

What if you have to leave and negotiation is not an option? Plan, plan, plan and plan some more. If you know you have to be at the doctor at 2pm and leaving the park is an issue, don’t go at 12:30, go early enough that you have hours between the park and the doctor or go after the doctor. We try so hard to provide so much stimulation for our children, we forget that they need space to breath and make mistakes and we need that time and space too. I always try to plan for everything to take at least double the time, that way I am not rushed. I also plan down time. We rarely do several events in one weekend. We make sure relaxation time is as important as everything else we do.

1. Give yourself and your child ample time for transitions. When you get rushed you may begin to feel stressed and that stress can intensify difficult emotions. You may not realize you appear stressed but children are very perceptive, especially when it comes to their caregivers. If children do not have ample time for transitions, they can feel a lack of control over their environment and their lives. When they are forced to stop being engaged in play, it is as if you have forced them to stop working, just as they were reaching a breakthrough. It would be similar to if my husband came in and interrupted me while I am writing this. I would be annoyed and disappointed as I am in the middle of something that is important to me. As Jean Piaget said “Play is the work of childhood.” I think we need to respect and honour the value of play and its role in the shaping of our children’s future selves.

2. Provide incentives. There is a big difference between rewards, threats and incentives and it is all in the wording. Alfie Kohn warns against using rewards and threats. He says most of us know that threats and punishments can be detrimental; “Making children suffer in order to alter their future behaviour can often elicit temporary compliance, but this strategy is unlikely to help children become ethical, compassionate decision makers. Punishment, even if referred to euphemistically as “consequences,” tends to generate anger, defiance, and a desire for revenge. Moreover, it models the use of power rather than reason and ruptures the important relationship between adult and child.” Alfie Kohn- Risk of Rewards. Rewards, however, are often seen as an acceptable parenting strategy. Kohn says “research and logic suggest that punishment and rewards are not really opposites, but two sides of the same coin. Both strategies amount to ways of trying to manipulate someone’s behaviour”

An incentive is different as it is not conditional on the child’s behaviour. That is the key difference. Also an incentive does not need to be a material item or a “treat,” it can be a promise of something fun like a song, a book or doing something special together.

Threat/punishment: “If you don’t leave the park right now we are not having a picnic”

Reward: “If you’re good and leave the park with mommy now, we can go have a picnic”

Incentive + Empathy: “Oh I know you don’t want to leave the park. You are having so much fun right now! Five minutes are up now. Let’s go have our picnic! Should we have salad or sandwiches?”

3. Be flexible. Somedays are going to be easier than others. If you have the time, try and give them the time they need. Ask them a few times:

“How many more minutes do you need?”

“What’s one more thing you would like to do before we go?”

4. Most importantly, be empathetic. Small children do not understand why you want them to leave, they are egocentric, meaning they think everyone has the same thoughts and feelings they do. Saying things such as “because I said so” or even “I have to go to the grocery store,” are a little confusing and not motivating for children. Instead try explaining why you need to leave and provide a reason why this might be fun for them. Dr. Laura Markham recommends empathizing with your child during these difficult transitions and offering incentives in her article Empathetic Limits in Action: Script for Leaving the Playground.

“I know you really don’t want to leave the park. I can see you are having so much fun and it’s sad when it’s time to go but we have to go to the grocery store now. We need to pick up the carrots for the carrot soup we are going to make together. I need your help to pick out the most orange carrots. Do you think you can help me with that?” In a perfect world, this would work but we all know chances are there would be another attempt at staying. An effective follow-up may be “I know it’s hard to leave the park. We will be coming back tomorrow. Why don’t you choose one more thing to do and then if you are still sad, I can give you a hug and we can sing a song on the way to the car.”

I know that can seem like a lot of work, singing songs, and making soup, but once you make the switch to this kind of connected parenting you may feel more fulfilled. When something becomes more fulfilling, it no longer feels so much like work. Plus, you spend so much less time arguing with your child, that you have time to make soup together and stay an extra five minutes at the park.

If you want to join me, and our community of responsive parents, on this wonderfully complex journey of parenting, please join my parenting support group on Facebook https://m.facebook.com/groups/806727139517086 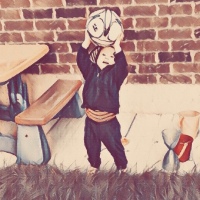