For the Audiobook versions of most articles go to: https://apps.apple.com/us/app/reedz-learning-is-everything/id1551597303

Parent guilt is something we almost assume comes with the job of parenting. I myself have said to other parents “as you know, the baby comes out with a big side of guilt.” I said this because it is often true, but it does not have to be. I am learning how to reframe guilt in my mind. Guilt is one of the many neural pathways we have created over the years. Guilt is a very natural feeling, however, it is similar to anger, in that it is a secondary emotion. It is often the feeling we get in response to another emotion. Guilt is the meaning we make of an uncomfortable sensation in our bodies. Figuring out what emotions are lurking under the mask of guilt and digging into where those feelings come from, is often the key to resolving your guilt and moving past it. Also, our personal experiences can drastically dictate which actions make us feel guilt and shame, similar to anger.

As an example, most people feel sad when a friend moves away. Only some people will be angry, because they see the leaving as a rejection or an abandonment. These feelings are likely triggered by an unresolved issue from their past. Guilt is much the same. Losing your patience with your child, because they did not comply with your request, after you asked multiple times, is a pretty common catalyst for guilty feelings, as a parent. But what were you really feeling? Learning how to reflect on an incident with empathy and compassion for both parties, is not a skill learned over night. It is however, the secret to reframing those feelings of guilt. Through using the tools of reflection, we can still feel the emotions that are necessary to learn from the experience, but by balancing those feelings with a growth mindset, the guilty feelings become drastically reduced and subside much quicker.

Guilt is an excellent manipulator, not motivator

Guilt and shame are often mistaken as motivators for change. I would argue that they are more manipulative, than motivating. They do work temporarily, sometimes, however, the harmful consequences can be long lasting. Mostly guilt and shame effect people in two different ways; they accept it or they reject it, the compliant soldier or the rebel. I think we all take on both roles, at times. The problem is, one is compliant because they feel guilty, not because they are intrinsically motivated to cooperate. The other is so hurt and scared by the feelings of guilt that are brought up, that they reject the characterization and feeling, refusing to comply, but still feeling the guilt and the rejection.

Self-induced guilt is usually the hardest for parents. Letting go of the guilt can actually help let go of the anger, in those moments as well. We must figure out our emotions in order to process them. That is how we overcome guilt; by finding out what is hiding underneath it and giving it space and time to be reflected on, processed and then released, when it is ready. You should not have to try and release feelings of guilt, it should just come naturally. If it does not feel like that for me, I know I have more reflecting to do.

Instead of calling it guilt, let’s call it instinct

Picture a new parent trying to make excuses for being a responsive caregiver by saying “I just can’t leave him to cry, I feel too guilty” No, what you feel is instinct. Now imagine if the new parent said “I just follow my instincts and pick up my baby when it cries.” No guilt, lots of common sense. We need to be able to recognize these sensations in order to respond to our child. That is why they are there. But the parent who labels the feeling “instinct” versus the parent who labels the sensation “guilt” is going to likely have a much more fulfilling parenting experience. Perspective is everything.

I think another common approach to guilt, is trying to stuff it down. Just because you don’t know how to process your guilt, does not mean you ignore it. The person not responding to their child, trying to ignore their child’s needs, they are also feeling instincts, but because they are not responding, that feeling morphs into guilt. Like I said, some people internalize guilt (I’m such a bad mother, my baby never stops crying), others, externalize it (there is something wrong with this baby, it won’t stop crying). The truth is, babies cry, that part is really natural. What is not natural is leaving them to cry alone. Follow your instincts to meet your child’s needs. When you make a mistake, like all humans do, multiple times a day, try reflecting instead of going down the rabbit hole of guilt and shame. Reflection allows you to come out on the other end a more authentic version of yourself, whereas guilt and shame destroys self-worth and often perpetuates feelings of self-loathing or resentment towards others, including our children and partners.

What to do instead

The sensations that you get when you feel guilty are actually messengers from your body. They will ultimately help you to resolve your guilt easier because they will alert you to feelings of guilt before they overcome you. When you feel that sensation, STOP. Sit down and or find a quiet space and try reflecting instead.

Example of using the reflection questions

Want to learn more about processing all the big feelings that come along with parenting while developing plans to survive the day-to-day ups and downs? Get our Guide to Survival Mode Plans 👇 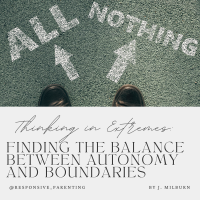 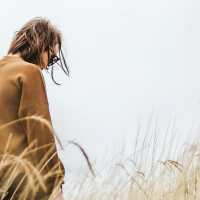 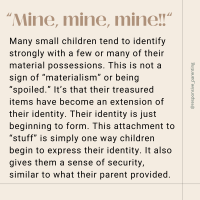 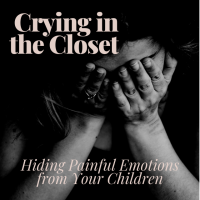