“I often hear ‘Hurt people, hurt people.’ What’s worse is that it does not end with one person hurting another, it creates a cycle, a ripple effect that extends far beyond the original point of impact. This cycle will continue, unless you make a conscious decision to walk away. Only then can you be free.”

I want to share with you my reflection process. A huge part of parenting responsively is reflecting on our own emotions, thoughts and behaviours. We do this not with the intention of shaming or guilting ourselves into “better” behaviour. We do this to learn from our moments of emotional distress. Why? Because with insight we open the door to processing the root of those emotional reactions. When we react, instead of responding thoughtfully, to an emotionally charged situation, our behaviour may have a ripple effect, hurting all the beautifully sensitive souls in it’s path.

I Was Petty and an Innocent Person Got Hurt

The other day, I posted about some disturbing comments that I had received. I blocked the people but I unfortunately felt vengeful and wanted people to know what had been said to me. The comment they made was a joke about how they wanted to hurt my child. My mama bear instincts kicked in. I also wanted to justify why I sometimes block people. I had spent the morning in a private conversation with someone who made comments about how I shouldn’t block people. So I was already feeling defensive. That’s the context here.

Well my responsive parenting army was ready to wage war on these commenters. (I love all of you❤️ I saw there is an island for sale in the Bahamas for 25 million dollars, I seriously think we should pool our money and buy that island and let our children run free. Who’s with me?)

Unfortunately, even support does not always have a totally positive effect… in hind sight…. The people that made the violent comments were likely just trolls anyways, and by reposting their comments, I gave them exactly what they wanted.

The worst thing that happened is someone accused the wrong person of being the commenter. This person was then attacked on social media, I think via DM. I feel horrible about this. I’ve contacted them privately and apologized but you can’t put the toothpaste back in the tube. The person who made the comments, trying to defend me, has also sincerely apologized and feels terrible too. So we all feel like crap and that was likely the goal of the trolls, in the first place.

So what’s the lesson here? I know some of you were feeling uncomfortable with the tone of the post yesterday but wanted to be supportive of me, you’re “the salt of the earth” as we say here on the East Coast ❤️

Should they have been blocked? Yes, absolutely.

Should I have made a new post blasting their nasty behaviour? Probably not.

Would I have still made the “revenge” post, had I waited 24 hours? Probably not.

Although I felt supported; there were still more nasty comments and people got upset, more people got hurt. Instead of simply extinguishing the fire before it could grow, by blocking and erasing, I made the choice to pour some gasoline on it. The wrong people got attacked and I think this just goes to show what can happen when a post is made with such ill intentions (I’m referring to my own vengeful intentions).

⁃ Usually when someone says something extremely provocative online, they are looking for a reaction (troll).

⁃ Even if they are not looking for a reaction, their opinion doesn’t really matter (Interesting fact: one person who made a nasty comment had their bum as their profile picture and I kept thinking 🤔 is this someone’s opinion on parenting that I should be taking into consideration? Or does their perception of “out of control” behaviour seem skewed?)

⁃ When in doubt, block

⭐️Biggest lesson⭐️ when I do something out of anger and spite, the final result is almost always negative, in some way. When I lead with love and empathy; for myself, for all of you and even for those who get blocked, I am able to extinguish these fires before anyone else gets hurt.

I preach being a model of empathy…. I owe all of you better than petty revenge posts. I’ll do better ❤️ 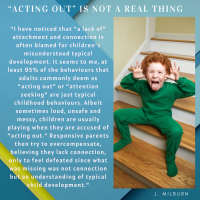 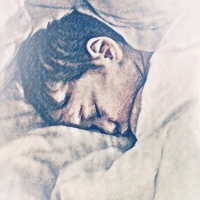